The California wildfire season has arrived, running through October with the height of fire season occurring during the scorching months of July, August, and September.

An outlook report from the National Interagency Fire Center published on Aug. 1, noted a significant increase in fire activity throughout July as “fuels continued to dry across much of the West.”

Key factors such as low precipitation combined with high winds can increase the risk of fires. The risk level for significantly large fires throughout Southern California is currently at “normal” or “above-normal”.

Loss of life, property, and natural habitat is often thought of as the greatest risk of wildfire destruction. However, smoke that reaches beyond the perimeters of a fire can also negatively impact health and property. Wildfires will continue to become more frequent and powerful due to rising global temperatures.

At Omega, mitigating hazardous materials is our specialty. With a highly trained team of scientists, toxicologists, risk assessors, and other industry experts, we can assist in assessing and removing potential contaminants left behind by wildfires and wildfire smoke.

Whether it’s carcinogens, regulated metals, wildfire residue, or other biological or chemical pathogens, the Omega team has you covered. We have deep expertise in the assessment and remediation of environmental hazards for a wide variety of industries.

Among our team of experts is nationally known Dr. Richard Wade, Omega’s principal scientist and a leading expert in toxicology, environmental risk management, and the toxic aftermath of wildfires. With a long career in both research and academic roles, Dr. Wade is a former chief toxicologist for the San Francisco Fire Department, a former deputy chief for occupational health at Cal/OSHA and an adjunct professor at the University of California, Irvine. Dr. Wade has also been a guest lecturer on environmental risk management at Oxford University, Harvard University, and more.

Dr. Wade specializes in technical consultation and mitigation strategies for some of the world’s most challenging contamination scenarios, including the aftermath of fires and explosions. When Omega is brought in to assess a large-scale disaster, Dr. Wade is our go-to expert. Here’s an example.

The Woolsey Mystery: Was the Ash Toxic?

On Nov. 8, 2018, late into the Western fire season, a grassy field at a Superfund cleanup site in Simi Valley, California went up in flames. Propelled by the 60 mile-per-hour Santa Ana winds, the fire quickly grew as it burned its way across the Pacific Coast Highway, ultimately consuming more than 96,949 acres of land.

The Woolsey Fire, as it was later named, destroyed countless homes, businesses, and forests. But the question remained: Did the fire spread hazardous materials? Did the ash that settled on homes miles from the fire pose a risk to human health?

Dr. Wade set out to investigate these questions on behalf of an insurance company that represented homeowners affected by the fire.

Destroying nearly everything in its path, the Woolsey fire downed powerlines, trees, structures, and even damaged a laboratory jointly owned by Boeing and the National Aeronautics and Space Administration (NASA).

Established in 1946, the lab had previously been used for research and the testing of rocket engines associated with the Apollo and Space Shuttle programs; it had served as a site for testing nuclear-powered space vehicles and sodium coolant mediums. At the time of the fire, the site had been undergoing an assessment of radiation levels, along with laboratory testing of the soil and groundwater.

Given the potential for the release of contaminants from the laboratory and other burned structures, testing was required to determine if radioactive materials, asbestos, heavy metals, or complex organic chemicals had become airborne and traveled downwind during or after the fire.

Homeowners in the area were concerned about the potential presence of hazardous material at and around sites of burned buildings. Even the homes that remained intact could not escape a thick coating of ash that enveloped everything, seeping its way into houses to settle on artwork, carpets, desktops, and more.

Working alongside the local Air Quality Management District and the Environmental Protection Agency, Dr. Wade and the Omega team took dust and wipe samples of the wildfire residue deposits on surfaces in the affected areas, along with air samples to analyze them for physical and chemical composition.  The samples were analyzed for constituents such as heavy metals, asbestos, semi-volatile organic compounds, and alkalinity (pH) in addition to the wildfire components ash, soot, and char.

“The samples found no hazardous or radioactive materials in the ash,” Dr. Wade said.  “The vegetation that burned was not contaminated,” he added, addressing concerns over whether surviving plants had absorbed toxic substances in the soil. Dr. Wade established that radiation levels measured with a Geiger counter during the study were at or below background levels and were not considered to be a hazard.

A separate study by the California Department of Toxic Substance Control yielded the same results, finding that no radiation or hazardous materials from the Boeing lab were detected in the communities in the surrounding area following the fire. While the destruction of land and property was significant, the blaze did not pose any additional health risks, and the homeowners were safe to return and rebuild.

Omega Environmental provides expert consulting services for a wide array of hazards and contaminants, including asbestos, lead, mold, and wildfire smoke. With more than 25 years of experience, our work for insurance companies, law firms, universities, construction companies, hospitals, and government agencies, among others, provides the highest-quality results for environmental health and safety, compliance and confidence. Give us a call or click on the link below to learn more. 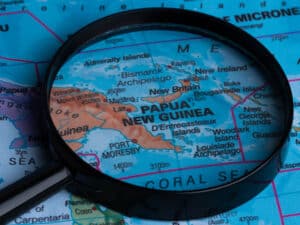 Protecting U.S. Embassy Workers from the Threat of Mold 6 Ways an Environmental Assessment Can Save You Money Do You Need an Environmental Assessment? Issues that Require a Closer Look